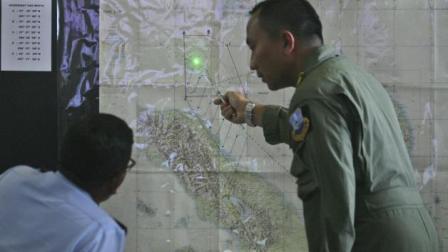 By CHRIS BRUMMITT of Associated Press _KUALA LUMPUR, Malaysia — The area where Chinese satellite images show what might be debris from the missing Malaysian jetliner has been thoroughly searched in recent days, Vietnam said Thursday as Malaysia urged caution over the findings.

The hunt for the Boeing 777 has been punctuated by false leads since it disappeared with 239 people aboard just hours after leaving Kuala Lumpur for Beijing early Saturday. The plane was heading east over the South China Sea when it disappeared, but authorities believe it may have turned back and headed into the upper reaches of the Strait and Malacca or beyond.

The Chinese sighting of possible debris is not far from where the last confirmed position of the plane was in between Malaysia and Vietnam. The images and coordinates were posted on the website of China’s State Administration of Science, Technology and Industry for National Defense.

A Xinhua report said the images from around 11 a.m. on Sunday appear to show “three suspected floating objects” of varying sizes in a 20-kilometer radius, the largest about 24-by-22 meters (79-by-72 feet) off the southern tip of Vietnam.

Pham Quy Tieu, deputy transport minister, told The Associated Press that the area had been “searched thoroughly” by forces from other countries over the past few days. Doan Huu Gia, chief of air search and rescue coordination center, said Malaysian and Singaporean aircraft were scheduled to visit area again Thursday.

Malaysia’s civil aviation chief, Datuk Azharuddin Abdul Rahman, said Malaysia had not been officially informed by China about the images, something he said was a “a breach of protocol.”