Trial begins in illegal possession of explosives for supply to LTTE 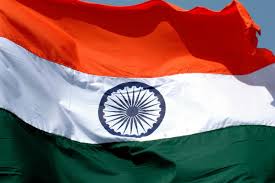 IG Vanniaperumal deposes before court; In all, there are 24 prosecution witnesses

Trial has begun in the case relating to alleged possession of explosive substances illegally by three Sri Lankan Tamils here for supply to the outlawed Liberation Tigers of Tamil Eelam (LTTE) at the District and Sessions Court.

The Inspector General of Police (Training), K. Vanniaperumal, who was the Tiruchi Commissioner of Police in 2010 when the Sri Lankan Tamils were arrested with the explosive substances, deposed before the court for over an hour on Tuesday.

The ‘Q’ Branch CID police had arrested the trio – Sathish, Ramesh and Selvaraj – near K. K. Nagar here in June, 2010, and seized over 4,500 electric and ordinary detonators from their possession.

They had illegally possessed the substances for supplying them to the LTTE via Rameswaram, according to the investigating agency sources.

The three accused, who were residing outside the refugee camp, were subsequently released on bail and the prime accused, Sathish, is said to be absconding since then.

The charge-sheet was filed in November, 2012, and the trial commenced at the District and Sessions Court with the examination of five prosecution witnesses on Monday.

IG Vanniaperumal, who was the Commissioner of Police of Tiruchi city at the time of the arrest and seizure of explosive substances, had accorded sanction to prosecution in the case booked under the Explosives Act.