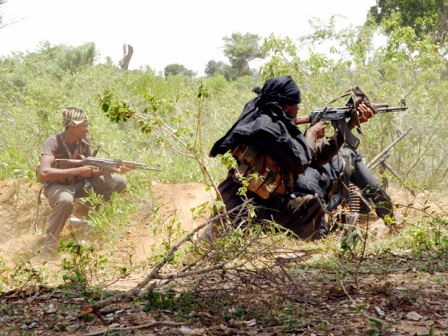 A group of Tamil Tiger rebels return fire at Akkarayan, a village in Kilinochchi during a confrontation with the Sri Lankan army circa 2008.

TORONTO — A Canadian awaiting sentencing in New York for his role in an arms smuggling ring that sought missiles and assault rifles for Sri Lanka’s Tamil Tiger rebels has apologized and asked to be released with time served.

“This was my fault, my mistake,” Piratheepan “Peter” Nadarajah of Brampton, Ont., acknowledged in a brief letter to the U.S. federal judge who will sentence him next month.

“Remorse has been carved in the depth of my heart.”

The 37-year-old former Rogers wireless technician is the last of six Canadians to appear for sentencing over a Toronto-based network that conspired to help the Tamil rebels acquire, among others things, surface-to-air missiles.